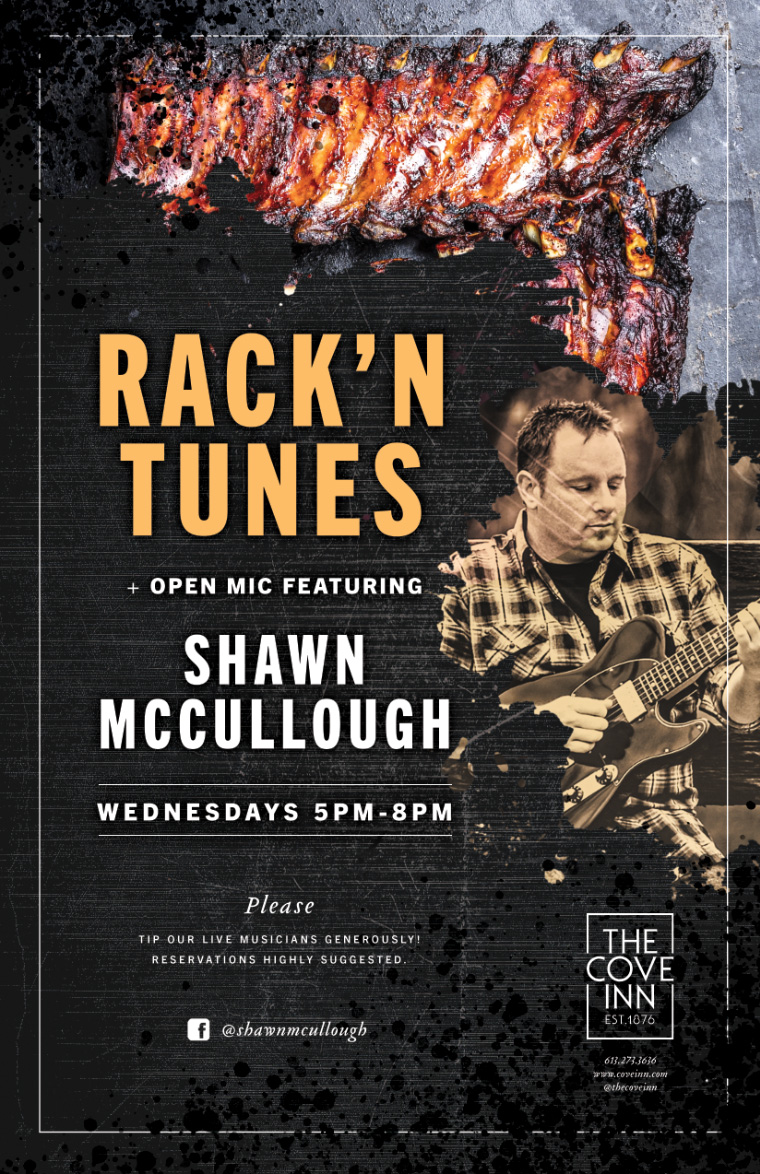 Visit The Cove Inn every Wednesday starting May 25th, 2022 to hear Shawn McCullough play live as part of the “Rack ‘n Tunes + Open Mic” night. Show starts at 5pm and his Tuesday residency will run until September 28th.

Have a NIGHT out on the town with MUSIC and an absolutely delicious breaded Cove Slow Roasted Ribs with Fries or your choice of side.