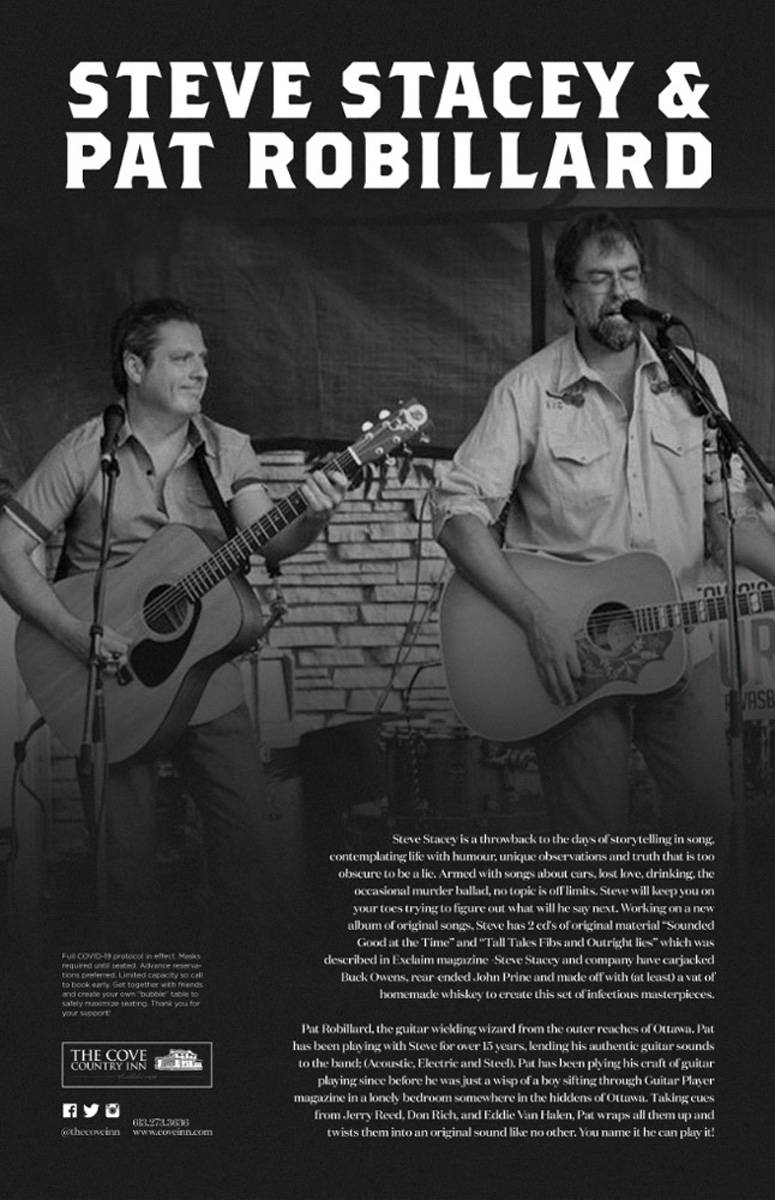 Join us for live music at The Cove on Saturday September 20th from 3-5pm with Steve Stacey & guitarist Pat Robillard.

Steve Stacey is a throwback to the days of storytelling in song, contemplating life with humour, unique observations and truth that is too obscure to be a lie. Armed with songs about cars, lost love, drinking, the occasional murder ballad, no topic is off limits. Steve will keep you on your toes trying to figure out what will he say next. Working on a new album of original songs, Steve has 2 cd’s of original material “Sounded Good at the Time” and “Tall Tales Fibs and Outright lies” which was described in Exclaim magazine -Steve Stacey and company have carjacked Buck Owens, rear-ended John Prine and made off with (at least) a vat of homemade whiskey to create this set of infectious masterpieces.

Pat Robillard, the guitar wielding wizard from the outer reaches of Ottawa. Pat has been playing with Steve for over 15 years, lending his authentic guitar sounds to the band; (Acoustic, Electric and Steel). Pat has been plying his craft of guitar playing since before he was just a wisp of a boy sifting through Guitar Player magazine in a lonely bedroom somewhere in the hiddens of Ottawa. Taking cues from Jerry Reed, Don Rich, and Eddie Van Halen, Pat wraps all them up and twists them into an original sound like no other. You name it he can play it!