Colin Fowlie (“Inside My Head” tour) 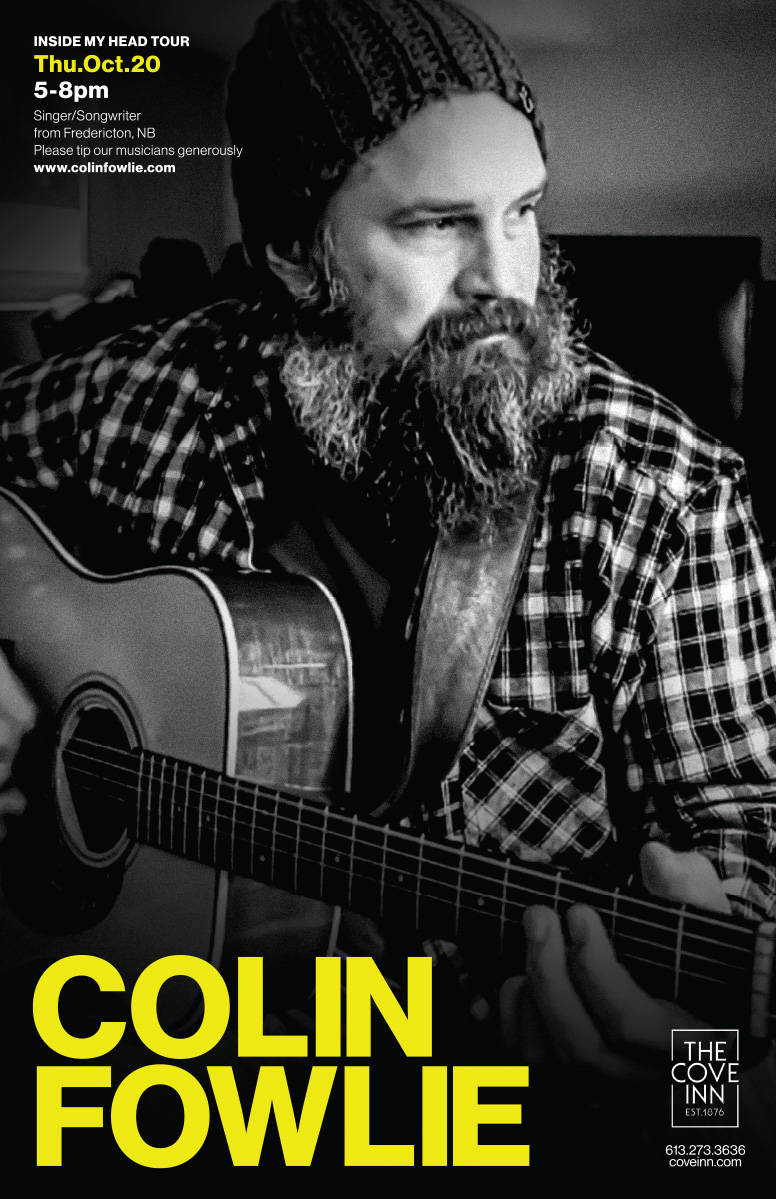 Join us for live music at  The Cove on Thursday October 20th, 2022 from 5-8pm with Colin Fowlie for his next stop on his “Inside My Head” tour.

Colin Fowlie
Fredericton, New Brunswick
​
When critically-acclaimed Canadian recording artist and versatile singer-songwriter Colin Fowlie arrived on the scene he brought with him a storied past, unique and compelling compositions in song, and charismatic vocal stylings. He turned heads with his debut full-length album “Party Music” and has demonstrated tremendous growth and exploration, making an emphatic statement with his sophomore album “East of Nowhere” in 2021.
​
Fowlie continues to evolve his craft as not only a singer, songwriter, recording artist, and touring performer but also as a music educator, mentor, and content creator. He spends the balance of his time with family or exploring the world on two wheels with the wind in his face.


The unique character of his songs fuse elements of folk, rock, blues and Americana/Canadiana into a special blend of universally themed storytelling that, along with his down-to-earth personality, create magic that audiences adore.

Colin’s discography has garnered radio airplay on campus, community and commercial radio across Canada and has graced various charts, both regionally and nationally, including the #1 position on the national Folk/Roots/Blues chart. He has accrued more than 3 million views on YouTube and received a MusicNB nomination for “Breakthrough Artist of the Year” and “SOCAN Song of the Year” in 2019 an additional “Song of the Year” nomination in 2021, and a showcase at the 2022 ECMAs. Radio stations in the UK, Holland, Australia, and the USA have also embraced his music since 2015.

He continues to grow his fan base through passion-filled live performances at marquee festivals that include; Harvest Jazz & Blues, Area 506, Larlee Creek Hullabaloo, Living Roots and Tay Creek, to name a few. With his backing band, he has shared these festival stages with notable acts such as Grace Potter, Jason Isbell & the 400 Unit, and Matt Andersen. As a solo performer, his down-to-earth persona has made an impact in listening rooms, house concerts, songwriter circles and coffeehouses in many regions of North America. Since 2018, multiple tours have seen Colin travel from coast to coast and south of the 49th parallel.

Colin is currently writing new material for his next recording project and plans to continue touring relentlessly while showcasing at select industry conferences across North America as he navigates the long and winding road to a greater reach with his music.