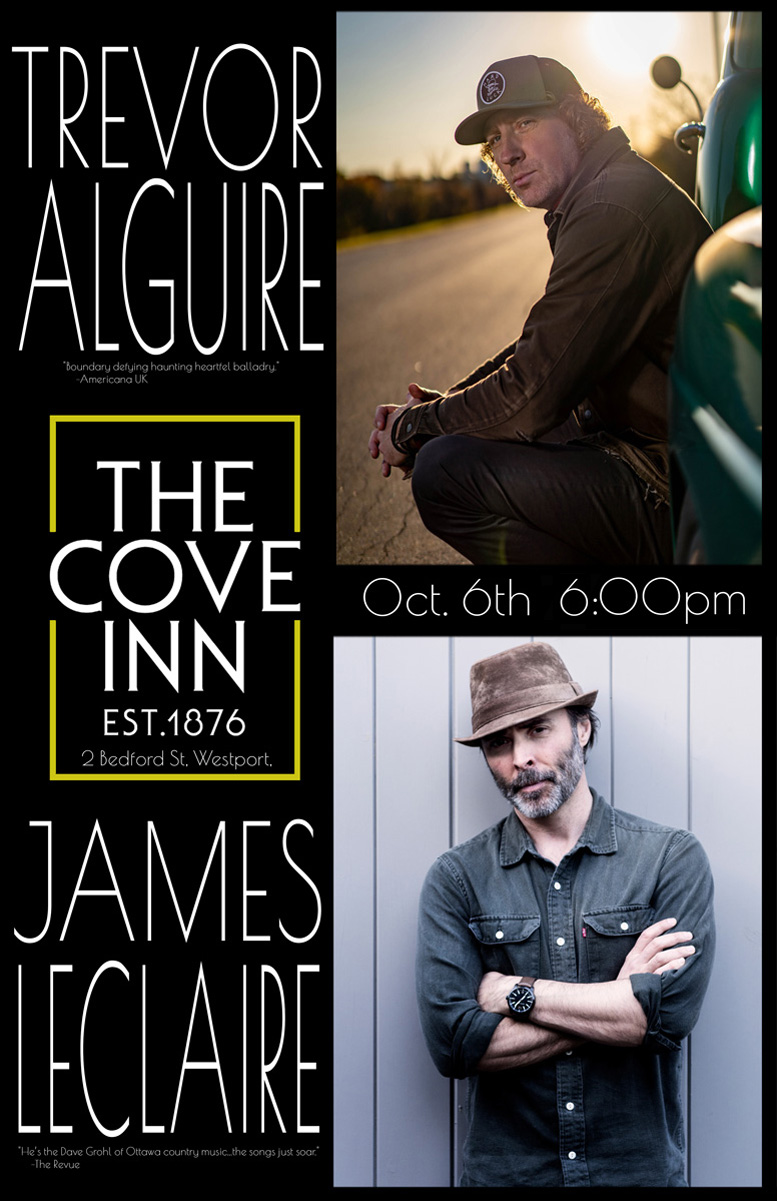 Join us for live music at The Cove on Thursday October 6th, 2022 from 6 – 9pm with a special performance by Trevor Alguire and James Leclaire.

Trevor Alguire & James Leclaire are two Canadian alt-country/americana songwriters who are currently on a solo tour together through Ontario.

They have been writing and playing music for many years, released numerous albums, played festivals (Ottawa’s Bluesfest, CityFolk, Kemptville Live), music venues & house concerts. Trevor has toured relentlessly for 15 years across Canada and Europe in support of 6 albums and will be releasing his 7th album this fall, as James will also be touring in support of his latest project consisting of 26 songs that will be released bi-weekly starting in September.

“A talented songwriter with songs that lie somewhere between Dylan and Petty.” – Melodic

“This modern troubadour has found the perfect balance between his lyrics and music.” – Rootsville

“…he sings with a mix of Bob Dylan and Steve Earle. It’s a phenomenal mix of country/folk/blues.”
-Martyr Magazine

“…the album is a true marriage of genres, a hybrid with each style adding to the final results without compromising its fuel source.”
-The Alternate Root

We’re very happy to have Trevor & James perform at The Cove Inn.

Reservations Preferred! Call 613.273.3636 or Email thecoveinnwestport@gmail.com for Reservations. Tables of 4 or more preferred for Maximum Safe Seating. Thank you for safely and responsibly supporting live music events at The Cove!