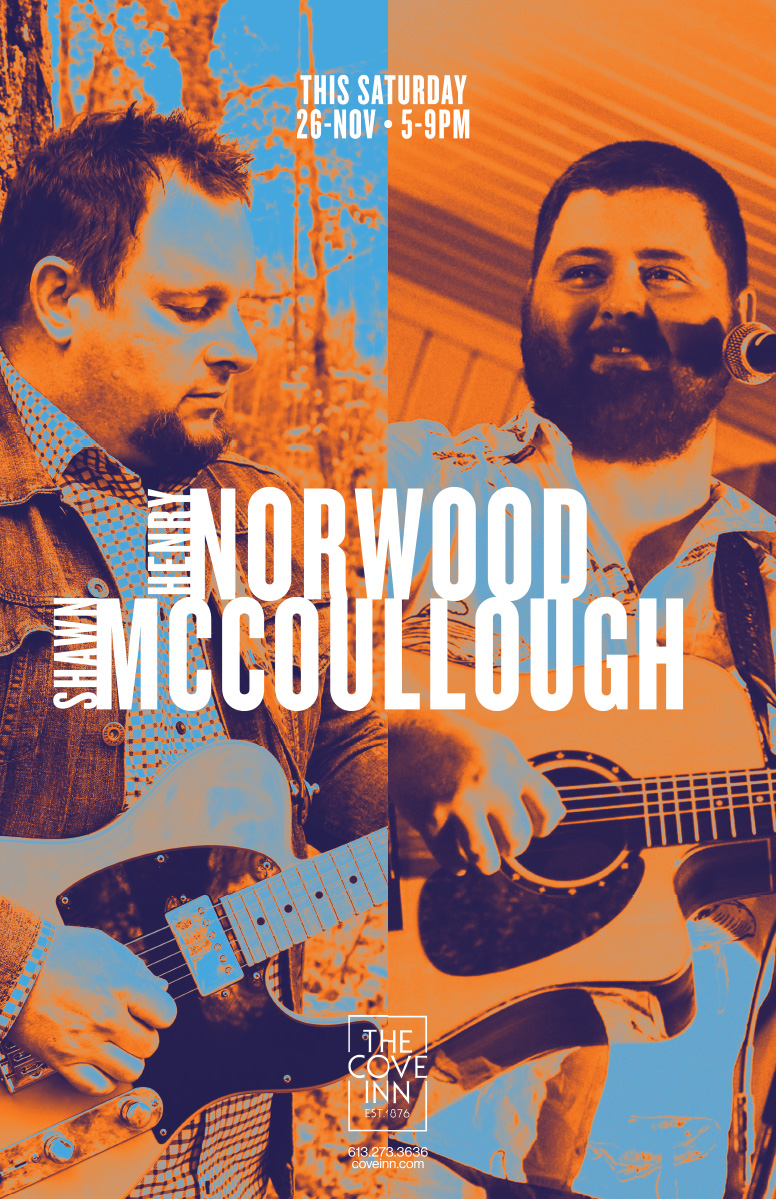 Visit The Cove Inn on Saturday November 26th, 2022 to hear Henry Norwood and Shawn McCullough play live. Warm yourself at the Cove after the Santa Claus Parade by having dinner and enjoying the “after party.” Show starts at 5pm.

The return of the classic country stylings of young Perth native Henry Norwood! Having his song reach the top 4 in the country on the CBC Searchlight Contest, Henry‘s mature singing and songwriting has him in high demand, drawing huge crowds in the area. He just recently played the massive Havelock Jamboree Festival too! He sometimes has an all-star cast of musicians backing him including the indomitable Shawn McCullough on guitar.